Friday was another poolside and beach day to recoup from the excellent jeep tour. We had booked a table for Friday night at Papiamento restaurant. The restaurant is located in the garden of a 126-year-old Aruban “cunucu” house with tables set around a turquoise, sparkling pool with twinkling lights in the tree branches. My starter was Caribbean shrimp in sherry-cream sauce with blue cheese au gratin and hubby had a tuna tartar. For our mains we both opted for the “Stone Specials” where you finish grilling your proteins on a hot stone slab. Hubby had Shrimp on the stone which was Caribbean shrimp with an herbal garlic sauce. I chose the Mermaid – a filet of wahoo and Caribbean shrimp served with papaya pepper sauce. The starters were super yummy and the mains were tasty as well, even though the portion (especially mine with both fish and shrimp) was huge. The setting was really nice.

We decided to rent a car on Saturday to go explore the island a bit more and in particular to check out a couple of places for food that I had read raving reviews on. We started by going to breakfast at Linda’s Dutch Pancakes. We chose one savory (bacon and cheese) and one sweet (strawberries and cream) pancake to share, they were absolutely delicious. Then we headed to the beach; we had planned on revisiting Mangel Halto beach but the water was full of sharp rocks and there was the threat of rain so we drove on to Baby Beach where we took a dip before the rain started.

After swimming we headed to the other food destination I was dying to try – Zeerovers. This place offers the catch of the day or shrimp grilled or fried with a selection of sides like fried plantain, fries, cornmeal fritters, etc. There are also cold beverages available and the prices are ridiculously low. We had two types of fried fish with fries and some local beer. This was hands down the best and freshest fish we enjoyed on the island. After lunch we checked out the donkey sanctuary and a couple of malls.

We had made reservations for dinner the night before at the Italian restaurant next to the lighthouse and as we had the car until the next morning hubby drove us there. The restaurant is called Faro Blanco and it has a lovely terrace with great views of the sunset. We arrived after sunset so did not see this. I ate fresh buffalo mozzarella cheese served with tomatoes, basil olive oil and balsamic vinegar and hubby went for the carpaccio which was beef sliced and marinated with shaved parmesan cheese, served on a bed of arugula with a touch of olive oil and balsamic vinegar. For the main we both had pasta. Mine was fettuccine in a mixture of marinara and Alfredo sauce, prepared with fresh cherry tomatoes, basil and a splash of vodka, topped with jumbo shrimps and hubby had linguine with clams. This was a tasty, authentic Italian dinner.

On Sunday we decided to spend the afternoon onboard a sailboat. We chose Sailaway Tours as we had a discount for this place. The trip was a three hour afternoon tour including an open bar, snacks, two stops for snorkeling, gears with instructions & rope swing. We were unlucky to end up on the same tour with a huge wedding party so we felt slightly like intruders. The snorkeling gear was not up to par and help was not really available. The drinks were good but the snacks turned out to be dry cupcakes. The rope swing was really fun and the views from aboard the ship were great so regardless the glitches it was a nice enough way to spend the afternoon.

As Sunday was our last night on the island we had made reservation at the hotel’s restaurant on the beach called Atardi. I am not much for romance but must admit that dining on the beach with the sound of waves in the background was romantic. My starter was shrimp, yellow corn purée, corn salsa and lemon garlic butter sauce. Hubby had scallops, crab sauce, croutons, bacon bit and green asparagus purée. We both had Blackened mahi-mahi as the main, it was served with ajo blanco, tomatoes, olive salt and a roasted red pepper sauce. After the main the restaurant surprised with dessert as we had told them we were celebrating our anniversary. We were served a really nice crème brûlée. All in all our last dinner on the island was great and the setting couldn’t have been lovelier.

On Monday it was time to head back home. We had an absolutely perfect week in Aruba with loads of relaxation and good food & drinks. Would love to go back one day.

One thought on “Best fried fish, boat trip and romantic dinner on the beach” 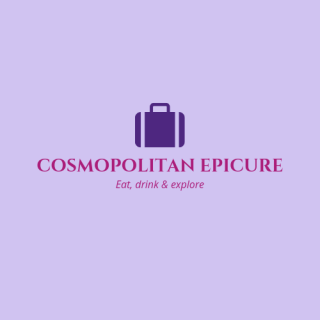